As you know already, Buckeye is one of the fastest-growing cities in all of Maricopa County. It has attracted new constructions that include many active-living facilities that are very similar to resort living to retirement communities. But of all of the newest projects that have been progressing, none is more fascinating than the Sundance community that is changing everything we have learned about active living communities in Buckeye.

Call it what you want, Sundance is a district within Buckeye that is very unique unto itself. The main focus of Sundance is its age-restricted retirement community that is set up to be the ultimate active living hotspot in Buckeye. It's mostly touted as a modern 55+ golfing community with small-town charm. According to 55Places.com - Sundance represents a major hub for active adults who are looking to enjoy their retirement years physically doing something different.

While it's not that much different than other active living communities in the area, it certainly may rival Village at Prasada, and Arizona Traditions- both located in Surprise. Among the most iconic features of Sundance is their 15,000 square foot clubhouse which contains everything that is at the heart of their amenities. It includes workout and fitness centers, outdoor pools, and no shortage of memorable and low-impact sports. 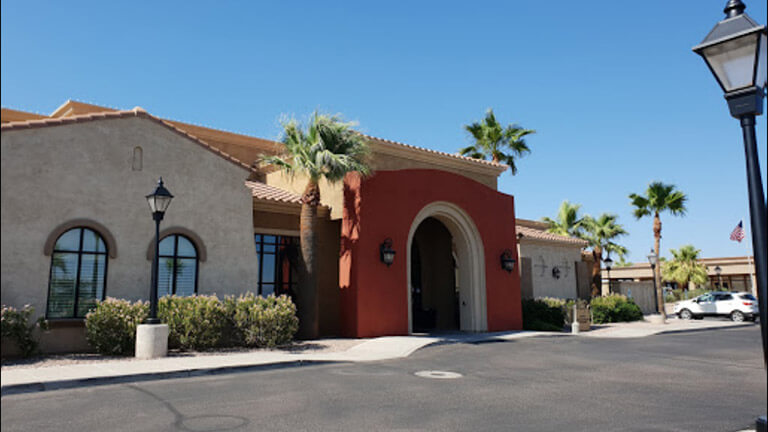 Honesty, if you call racquetball, pickleball, and tennis low-impact sporting, you might end up playing against some fierce Boomers who wanna kick some butt! In addition to arts and crafts, there is a very complete resident contributed library, billiards and cards room, and of course over 20 clubs that are offered at the Sundance clubhouse. If they don't offer a specific club, there's no reason to not start a completely new active living club...

Aside from fitness programs, they have a great start-up program that is specific for new folks moving in. It's essentially a Boot Camp-style introduction that follows an 8-week program designed for those who want to step up their lack of exercise regimen. Suffice to say, if you're not in shape by the time you move into Sundance, you'll have a chance to be healthier than you've ever been before with training by seasoned pros. 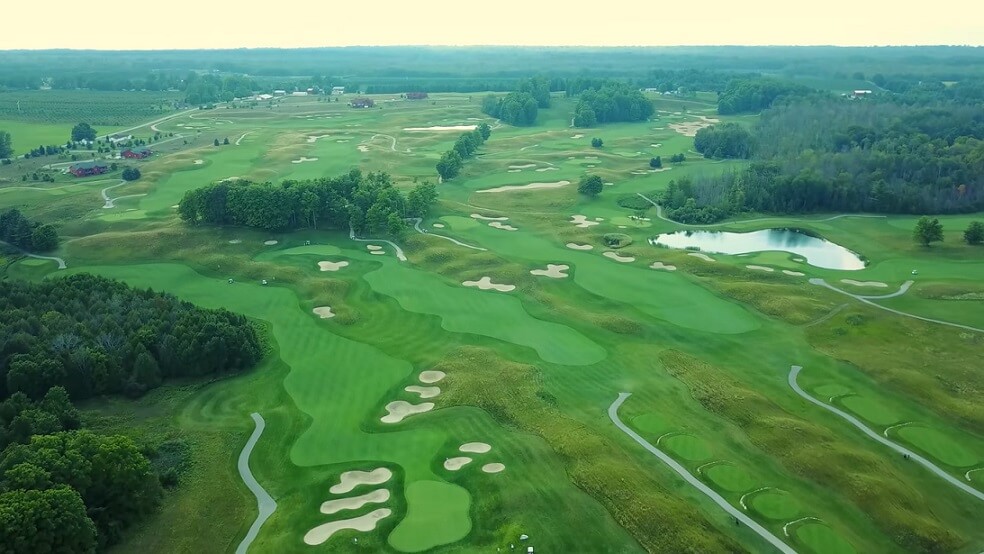 Topping this all off, Sundance features an exclusive 18-hole golf course that was designed by Greg Nash. As you may have heard, Greg Nash moved to Arizona from Kansas similar to Dick Bailey who designed the golf course over at Arizona Traditions in Surprise. Greg had designed many courses over the course (pardon the pun) of his lifetime. Perhaps his best work was the Anthem Country Club located in Anthem, Arizona.

Even though the Sundance project started in 2002 it was completed by 2005. Only 10 years later, Greg Nash sadly passed while in Hospice after recovering from back surgery in mid-2015. His legacy golf course serves as the backdrop for Sundance's homes that are scattered along the winding fairways. 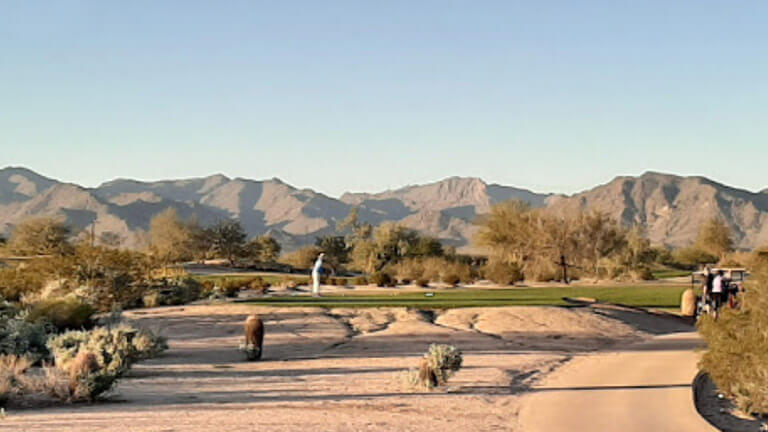 Aside from having an excellent view of the White Tank Mountains, Sundance is quite different than other adult living communities. One of the most fascinating rules is that this community allows more than just 55+ to live there. At least one member of a family must be the official owner of a property at Sundance. Their HOA (Home Owner's Association) is also run by their community which elects a Board of Directors rather than some outside HOA committee.

But when it comes to day-to-day activities, they have sub-contracted a separate company to run all of the various programs that are created by residents. Talk about a well-oiled machine, Sundance puts their residents first by creating a community that is a lot closer to resort accommodations than having to handle everything yourself. Now that IS active living! But it doesn't stop there since there are many other facets to be seen. 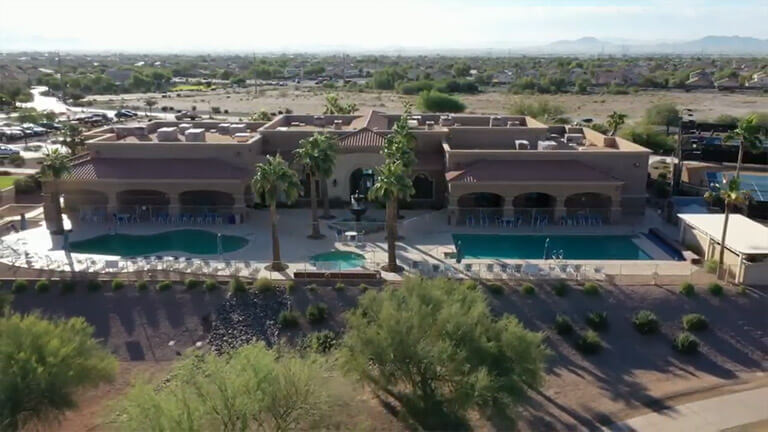 Remember how it used to be that a neighborhood was only as safe as you stay connected with your neighbors? Sundance's Adult Village actively encourages neighbors to get to know each other, helping form long-lasting friendships. They also encourage residents to be part of the voting process and attend a community meeting to know what's going on in their community.

Everything from getting permission to make changes to a property or making landscaping changes is all agreed upon prior, so neighbors feel all have a say on their streets and in their select neighborhoods. Keep in mind that Sundance isn't run by power-hungry folks, but by down-to-Earth Americans who like keeping their streets peaceful and friendly. This is why Sundance has an overwhelming reputation for holding together the values of small-town society.

Their management company that is hired separately is controlled completely by the Board of Directors who routinely directs their management company's actions. This ensures that the community is not being cheated or misdirected in any form. Because the Board of Directors is also elected members of the community, residents of Sundance can convey their thoughts and ideas on what should be included in these services that will later be voted upon.

It's about as Democratic as a community gets without the hassle and overt control that goes with other types of retirement communities.

Why Is Sundance Is More Than Retirement Living 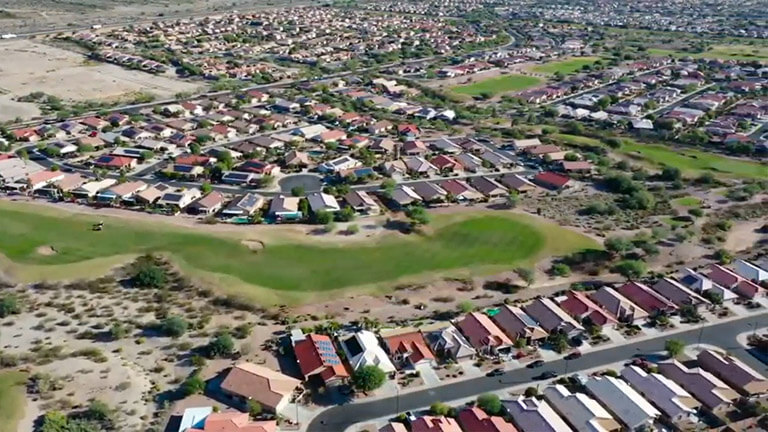 While you often see fundraising that is intended for helping a select group, the Sundance community has taken this one step further. They realize that Buckeye is a growing community that has been growing well beyond its resources in the last 10 years. This prompted the novel idea of creating a community center for those within Sundance and well within Buckeye to have a community center.

But there's more to this...

The absolute genius behind this is to provide a place for Sundance residents within the area to rent out conference room space, birthday celebration space, and a variety of private rentals for limited engagements. Think of this as one massive ongoing bake sale for the special purpose needs of the district known as Sundance. Not only does it further their programs and resources for achieving ongoing income, but it's also smartly presented as a project from the city of Buckeye.

This specialized district falls under special-purpose infrastructure projects within select areas of Buckeye. Essentially, this district has an ongoing agreement for never having to declare any liability for their debt. Both the Sundance Adult Living community and the Sundance Community Center, as well as a few dozen businesses within this district, can conduct business quite differently than the rest of Buckeye.

We're not saying there is anything funny going on in Sundance, but it's a smart move to have the advantage of claiming no liability for the debt is living as free as possible. On a livability scale, Sundance is rated as a moderate level that is not doing poorly for the Buckeye area. Property values will range from the low 250K up to the mid 440K prices for homes found in this area. Yet this trend is massively changing and is causing the Buckeye city council to scramble.

In the last 10 years, the definition of growth in Buckeye has become a literal bubble within itself. The large-scale projects that have targeted expansion have been ongoing long before the housing bubble of 2008 broke the economy. As larger projects are now being completed and city council members submitting new growth charts all across the various municipalities, it clearly shows that Buckeye is a growing community.

Other neighborhoods in Sundance 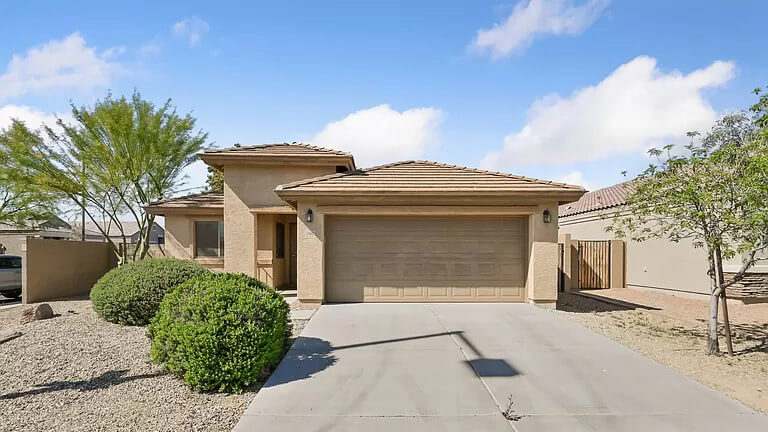 Not every community is going to feel the pinch from financial changes that are being imposed by the population growth in Buckeye. As mentioned before, the Sundance Adult Community is the only active-living community that allows family members to live with a homeowner who is 55+ years or older. This will allow for a complete family to live within the community without being asked to live elsewhere and can eventually pass this title of the home onto other family members.

But for those who are looking for family living neighborhoods, there is always the Village at Sundance. This is a new home community that is specifically targeted at new residents of Buckeye. These can easily be considered starter homes and look very similar to the homes that were designed for the Sundance Adult Community. Pricing is slightly higher with homes starting at $350K up to $450K.

There are many more that are popping up all throughout Buckeye, so finding new properties that are still up for grabs in Sundance is not a problem currently. If you're looking for luxury homes in Sundance, there is plenty that is a bit more specific starting at $500 to $700,000.

Summing Up Sundance in Buckeye, AZ 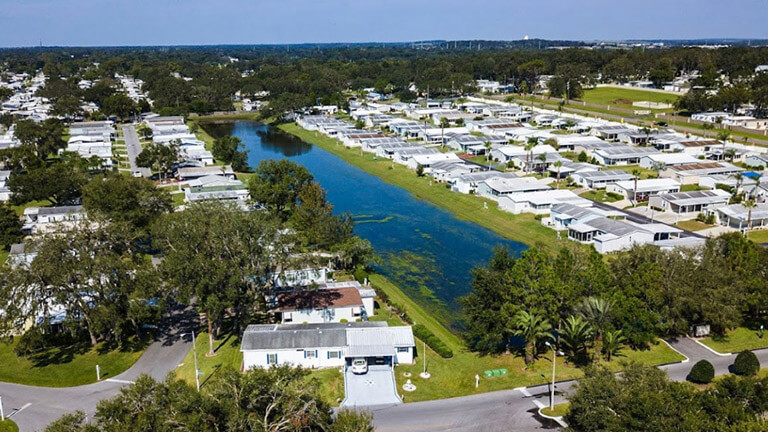 Some communities take decades and decades to develop (just take a look at Tartesso or Trillium in Buckeye), yet it seems that Sundance is on the verge of exploding to a population that appears to be coming directly from Phoenix. Whatever the expansion is expected to do for Buckeye in the next years to come is anyone's guess. Hopefully, opportunities that could arise from the I-10 highway project will obviously see the greatest impact when the construction is completed in 2023.