When it comes to retirement communities, there is one such tradition that was certainly a surprise for us. In reality, this is the Arizona Traditions Retirement community in Surprise, Arizona. It's an interesting concept that takes the active adult retirement lifestyle into new territories. Let's find out why?

What Is Arizona Traditions All About? 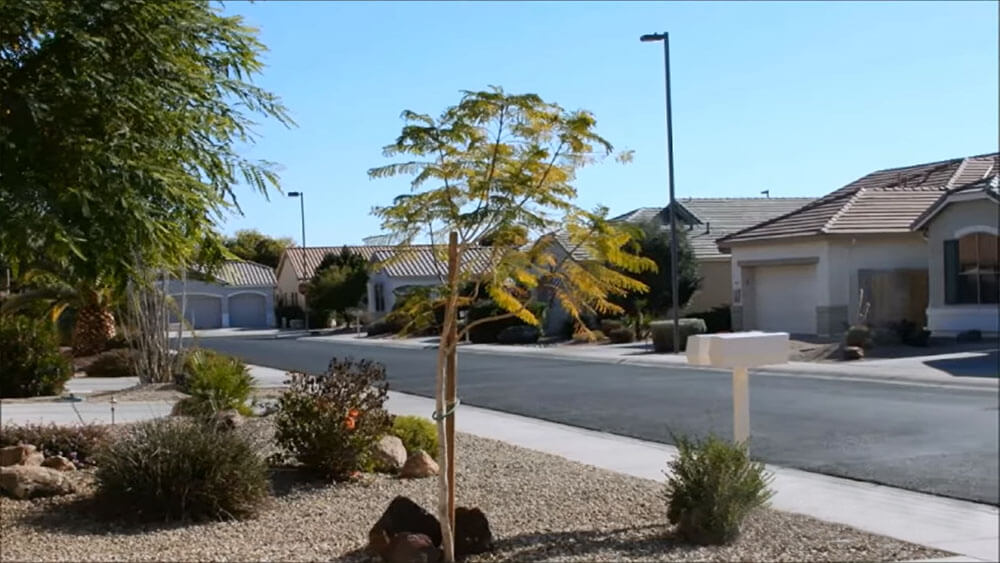 When you hear about retirement communities, it's all too easy to imagine that you find plenty of bungalows that are like a revolving door for new tenants each year. Actually, Arizona Traditions are quite the active buzz among the residents who live there. Focused on those who have reached 55+ and older, this is a gated community that is more like a self-contained community than anything else.

Focused on active living, 'Traditions' focuses on allowing their residents to explore and experience the best part of retirement living. It's not a community project that's in development and has been up and running for many years now. As of 2013, the last home was completed with a total of 1768 homes that are situated across 718 acres of property. It's located right off Bell Road in Surprise, Arizona, and is modestly sized for its intended purposes.

Don't let that fool you, because the average distance from anything outside this community is just 34 miles (or hour) from downtown Phoenix. This makes it easy for residents to continue active living pursuits outside the gates in highly entertaining club outings and weekend activities. What you'll find on the inside of Arizona Traditions is just as enthusiastic for the residents who live there.

When Did Traditions All Begin? 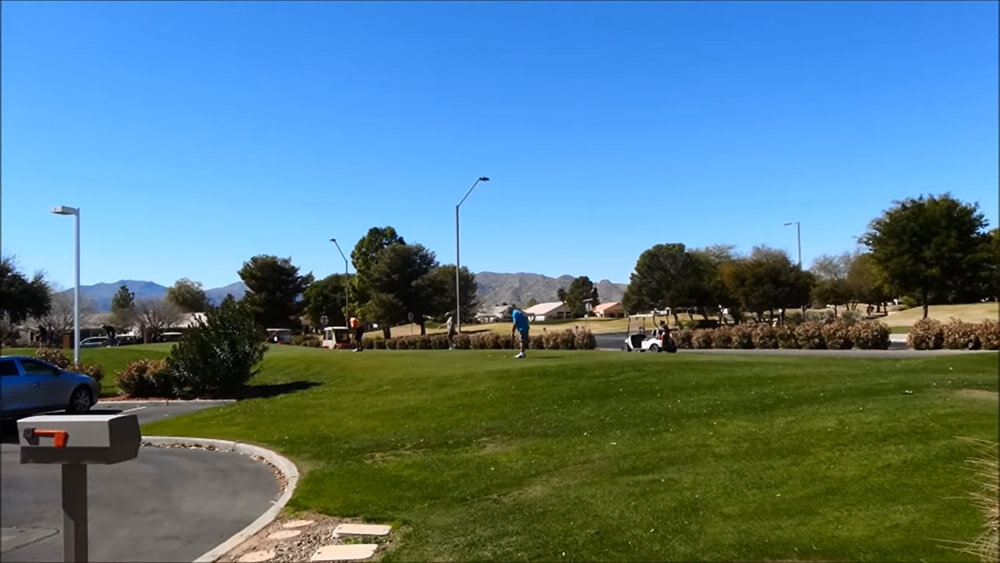 Way back in 1997, the first ground construction began after much anticipation from the city of Surprise. It was touted to include an exclusive 18-hole golf course that was designed by Dick Bailey. Dick was originally an architectural designer by trade but made a bold move to become a real estate developer in the 1970s. By the 1990s, he transitioned again to become a world-class golf course development company called Dick Bailey Design in Arizona.

His company enlisted the help of several world-calls golf course designers who went on to design over 9 completed golf courses and 10 renovations to existing courses. Arizona Traditions is one of them, but two of his best-known courses include Martis Camp in Truckee California, and the Whitehawk Ranch in Cleo, California. Dick has passed away in June of 2020 and was a longtime Arizona resident since 1994 leaving his legacy a living memory.

Traditions were primarily constructed by Continental Homes but later completed by D.R. Horton in 2013. Most of the homes situated in Traditions are continental-style homes and feature 23 different model designs. They all range in size from 1,052 to 2,319 square feet and are primarily single-story homes. Among the final homes built by D. R. Horton, these are larger houses that even have swimming pools and 3-car garages.

Most of the larger-scale homes were constructed closer to the golf course and were given the title The Retreat at Arizona Traditions. Many of these homes are still selling quite well with an average price tag starting at the mid $300K to upper 400K range. Because of the current economy, some models have seen incredibly discounted prices averaging on the low end of $172K to $230K for many of their 2-bedroom models. 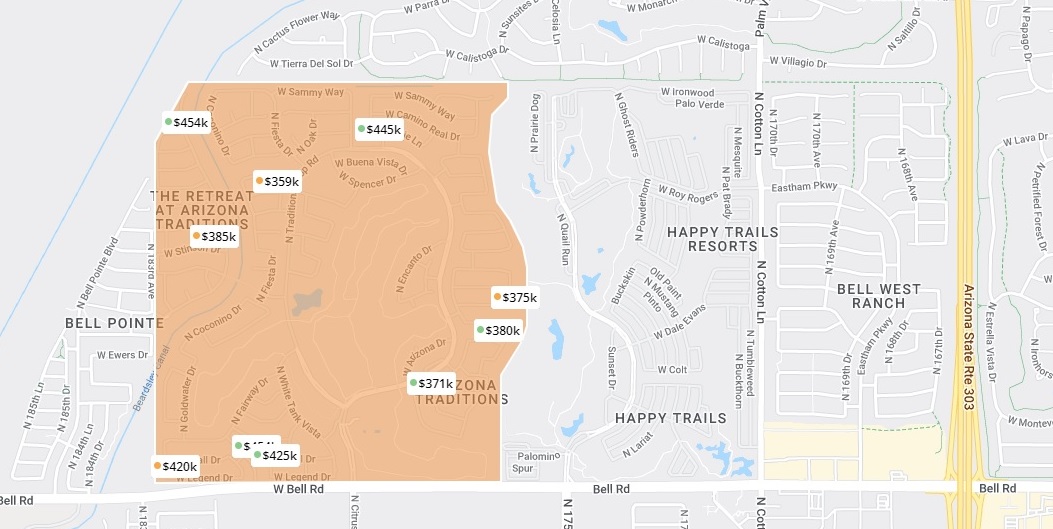 What Do AZ Traditions Have To Offer Residents? 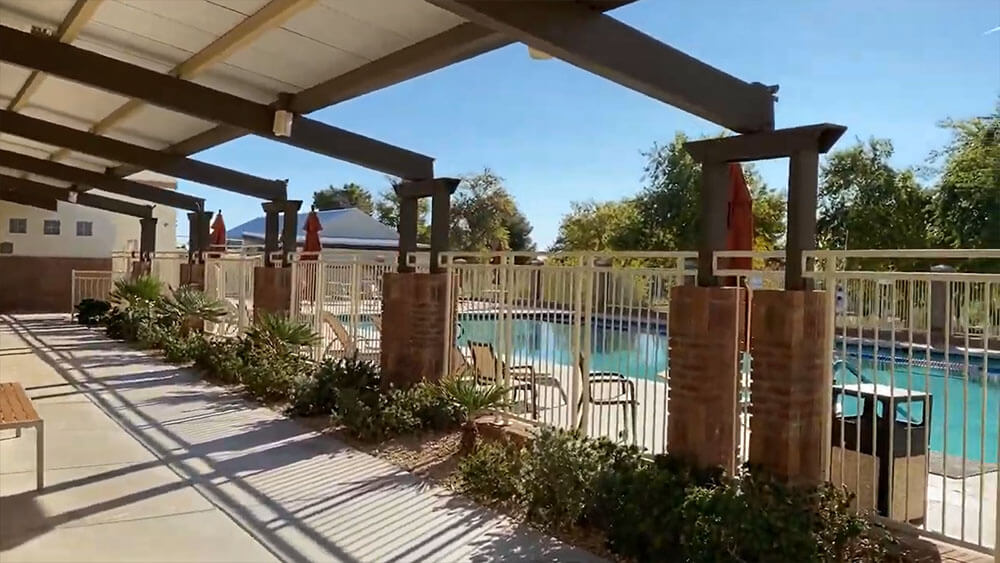 Easily, the highlights of Traditions are all part of an impressive list. Since the focus is placed on active living, there is always something to enjoy within this close-knit community. They have cleverly designed and created several clubs that continue to grow as the community expands. Here is a complete list of the best amenities that they have to offer and many of the additions that have been added recently.

This impressive hub is the main artery for club activities and spans a total of 20,400 square feet. This is where local residents can gather for dozens of creative activities all throughout the week. This facility also features a 700-person ballroom, library, arts and crafts studios, and state-of-the-art fitness center. In total, there are three community centers all within Arizona Traditions.

They also offer three different swimming pools and two spas. The main pools have three separate functions which include the fitness and lap pool, a resort pool with special features, and their retreat pool.

As mentioned before, their signature golf course designed by Dick Bailey is certainly a compelling Parkland-style course. What makes this course stand out is that it's easily a standout course challenge with a solid par 70. Golf cards are also supplied for residents of all skill levels. At the AZ Traditions Sports Bar, residents can gather after golf rounds for drinks and cocktails.

In addition to their variety of playing fields, they offer a softball field that has held a long-standing award for being one of the best retirement communities of the West Valley. They encourage many residents to sign up for their softball club which features separate team games at select times of the year. In winter, they have two scheduled clubs that actively play in the mild Arizona winter months.

Traditions also are proud to feature a total of 6 Pickleball courts, 4 tennis courts, 4 Bocce Ball courts, 4 horseshoe pits, and two shuffleboard tables. They also have 4 billiard tables that are set up for friendly games for old-school pool sharks.

The entire enclosure of traditions is peppered with plenty of walking trails and bike trails. The entire community is designed for allowing residents to enjoy everyday activities that are safely contained in a utopia-like design.

Traditions have an impressive list of fitness fanatics who enjoy everything from chair and mat yoga, stretching and aerobics, Pilates, Tai Chi, and obviously water aerobics. All of these programs are encouraged by local residents living within the Traditions community and are free to join.

You would expect that many who are retired are starting a second skill set outside of their previous profession. These activities include pottery, ceramics, woodshop, glass arts, arts and crafts, and knitting/crocheting/quilting/sewing groups.

The most obvious clubs will also have active members joining in with biking, hiking, bowling, golfing, putting, horseshoeing, Women's golfing, tennis, softball, volleyball, and pickleball. If there's an opportunity to create a new club activity that isn't going to be strenuous, the Traditions community is highly encouraged to start a whole new sporting group and club.

With so much to do you might think nobody has time to eat, however, Traditions is actively hosting, community breakfasts, patio lunches, Spaghetti nights, party dinners, fish fry's, and Bar and Grill nights. They also feature local bands to entertain, NFL Sunday events, sports channel watch events, karaoke, dances and balls, and various yearly entertainment programs.

What community wouldn't feature card games that range from poker to Maj Jong? If there isn't a card game you haven't heard of, they probably are playing a variant of this at Traditions at their Clubhouse facility. They even hold Texas Hold'Em Tournaments for cash pots and prizes that are certainly worth being part of. There are various house games including Bingo, to trivia games that allow everyone to be part of the fun.

Outside Clubs And Programs

With most of the local things that are located in neighboring Phoenix, it's just half an hour away by car. Not to forget that Surprise features all the convenience of any city with grocery stores, pharmacies, hair salons, restaurants, and hardware stores. For those who enjoy sporting events, Surprise is also home to spring training for the Texas Rangers and Kansas City Royals who train down the road at the Surprise Sports Complex every spring.

There is also the Arrowhead mall, West Valley art museum, West Gate Shopping Center, and Cardinal Stadium. This further allows residents to take part in movie nights, dinner outings, and club events all within Surprise. Who knew that community living could be so satisfying?

Arizona Traditions Is A Safe Place To Live 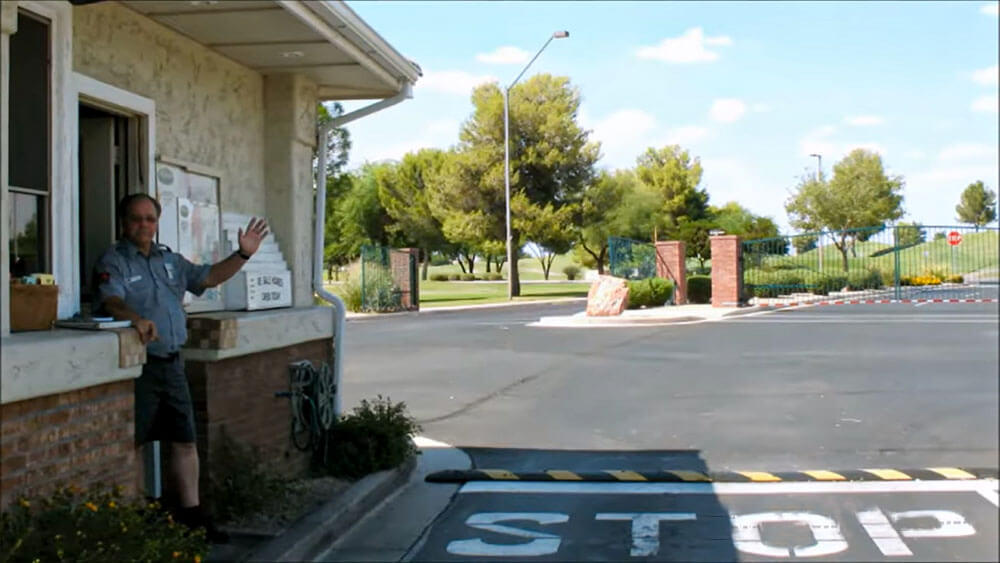 More importantly, to mention is that this community is protected by 24/7 security protection at all times. The front gate doesn't allow non-residents to enter at any point unless they have permission. That doesn't mean that residents aren't free to come and go as they please. Right down the street from Traditions are all the major supermarket chains such as Safeway and Sam's Club.

Because Traditions is sandwiched in between Happy Trails Resorts and the Beardsley Canal, there isn't much else that can easily enter the Traditions community. This makes an ideal place to live without the worry of outside disturbances that are often found in Phoenix residential neighborhoods. Since many of the residents of Arizona Traditions are looking out for each other in so many ways, it's one of the safest retirement places to live these days. Also, see our review of one of the other popular retirement communities in Surprise, Village at Prasada.

Arizona Junk Removal is a proud provider of junk removal services for the Arizona Traditions Community in Surprise since 2014.