We help realtors, property managers, apartment managers and REO property owners in the Phoenix, AZ area with cleanout and property trashout services. We have the resources, equipment and staff to cleanup any property quickly.

Get an Instant Quote 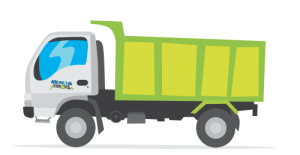 Selling a home quickly is the goal of any real estate agent. When obtaining a new listing, sometimes, the property is far from ready to show to prospective buyers.  Clutter, such as, furniture, trash and a backyard full of junk can quickly become overwhelming. A junk removal company can take a large load off your shoulders by restoring the property to its glory.

Just like realtors, property managers and management companies see their share of trash filled homes. Instead of hiring a friend, someone off NextDoor, or they guy who comes “highly-recommended”; a professional hauling and trash removal company can save you a world of heartache. When we provide our services for a property management company or realtor we will complete eliminate the entire property of junk and clutter. From the backyard to the garage and everything in-between. Once the property has been eliminated of hoarder clutter and left behind furniture and appliances, we'll send photos of the cleaned property to you via text message. Are all-in-one property clean out service is what many property managers like about using us for all their property trash-outs.

We look forward to becoming your personal contact for all your property junk removal needs.

Working with property managers, realtors and REO properties since 1999.

Most realtors who have worked with junk removal companies know the value of having a trusted removal company in their pocket like an ace-in-the-hole.

This is a time when you can show your true realtor genius. You have two choices; you can roll up your sleeves, get down to the nitty-gritty and spend hours trolling through someone else's old junk, trash, appliances, and furniture. And while you’re at it, maybe even agitate that old back injury loading your friend’s trailer full of junk and then you might give yourself an ulcer worrying about whether or not the landfill will accept all the crap you’re trying to get rid of. You know in a couple of weeks you’ll have it all cleared out and you can finally get to work trying to sell the property.

Sound familiar? We know it does. But it doesn’t have to be like that. 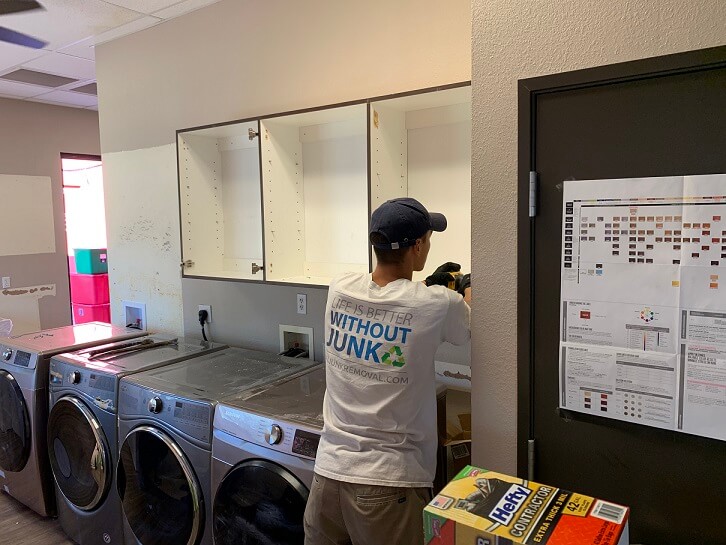 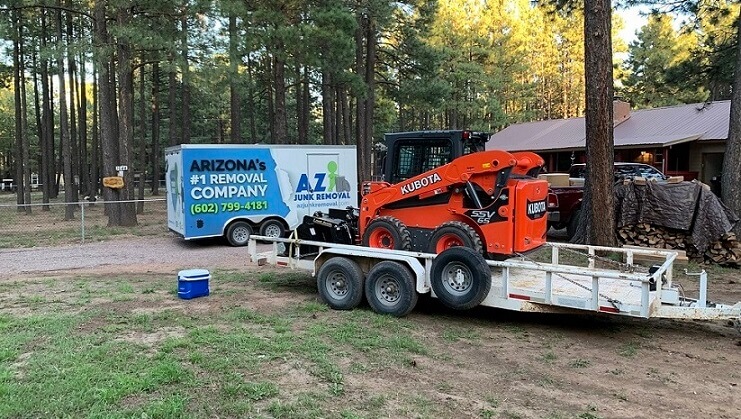 Next time your gut rolls over at the site of a junk-filled property, know there is an easier and cheaper solution than doing it yourself. Make the better choice and hire professional to do that job. A Phoenix junk removal service knows all about clearing out junk.

We have the equipment to haul it, no borrowing your buddies trailer for the week. We have the manpower, so you don’t have to lay any guilt trips to get your friends to help. And we know what goes where, which items must be recycled, and what should be thrown away.

Why AZ Junk for Property Cleanup?

AZ Junk can tackle anything you throw at us, from simple, remodel debris to clearing out abandoned homes. We can take small loads, old appliances, full truckloads, even heavy equipment. Need to prep a property for the market but all the old appliance are in the way. You can’t take them to the landfill, some of them contain toxic chemicals that must be removed, but we’ll pick them up and see they are properly recycled.

You don’t have to worry about risking injury for yourself or for your employees. We are fully insured and capable of moving and hauling large items.

You won’t have to bug your friends by borrowing their truck and trailer. We have all the equipment necessary to clean up any job. 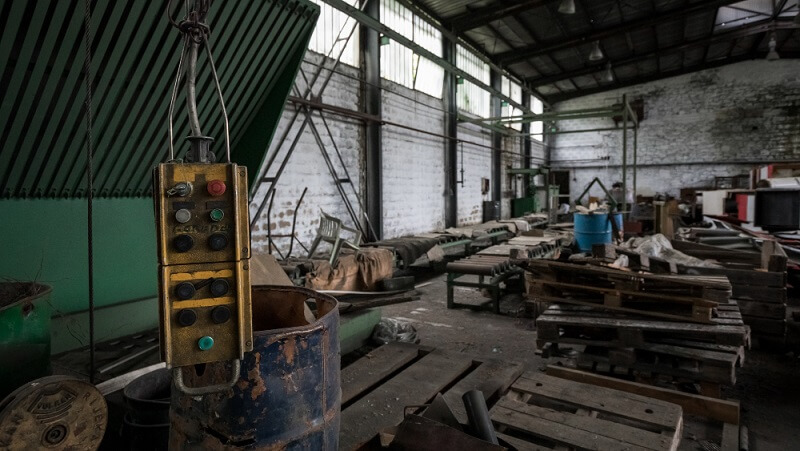 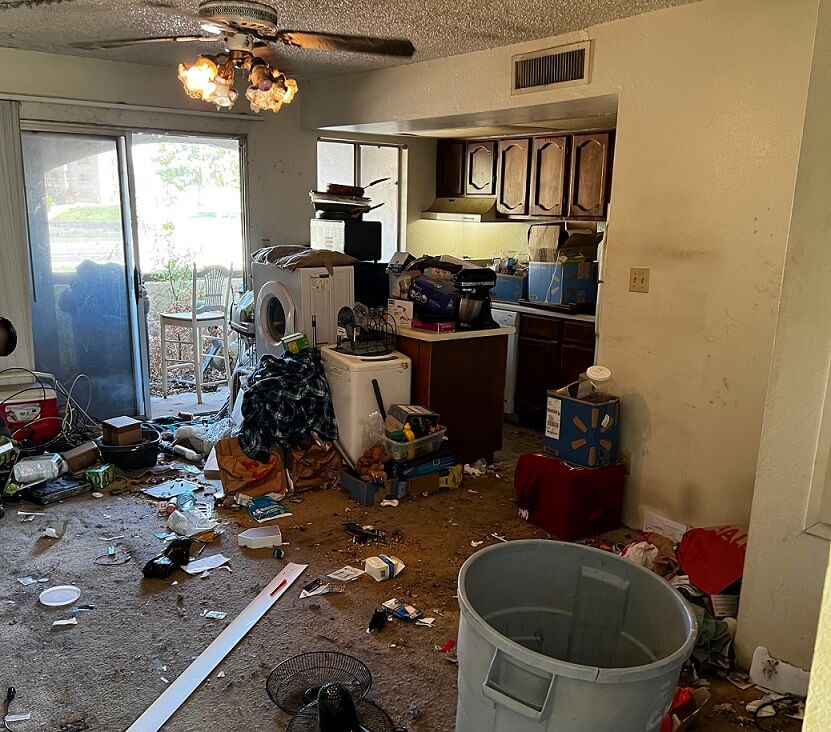 The best part of all, we’re fast.

Renters move a lot, and when they do, sometimes they leave behind big messes. As long as the mess is around they are no new renters moving in. Vacancy periods equal no income. You can speed up the turnover time by using a junk removal service that will help you get the property back into marketable condition. Then you can get started on your real work.

Property cleanup should not be a DIY job for realtors. Realtors are not junk removers; focus on the job at hand, selling or renting property, and we’re skilled and prepared to take on the job of site clean up.

We've Got Dumpsters for Rent

Our dumpster rental service is ideal for single family home cleanups to office park cleanups. No matter the size of the your disaster, ew have the prefect sized dumpster that will fit right in the driveway or a parking space.

Our affordable rental prices make it easy to get your hands on a 10-yard, 15-yard or 20-yard dumpster for as long as you need to handle a property trashout at your own pace. See more about our dumpster service and book a drop-off today.

If you're a realtor, you are familiar with a sinking feeling in your stomach. It occurs every time you go to a property and see the old tenants left all their junk when they moved out. It also happens when a new customer wants to put their house on the market, but it hasn’t been cleaned out in years.

Woe is the life of a property owner. You thought you’d make a little income renting out your home instead of selling it. But when you finally got rid of the tenants who hadn’t paid their rent in months you got left with this: 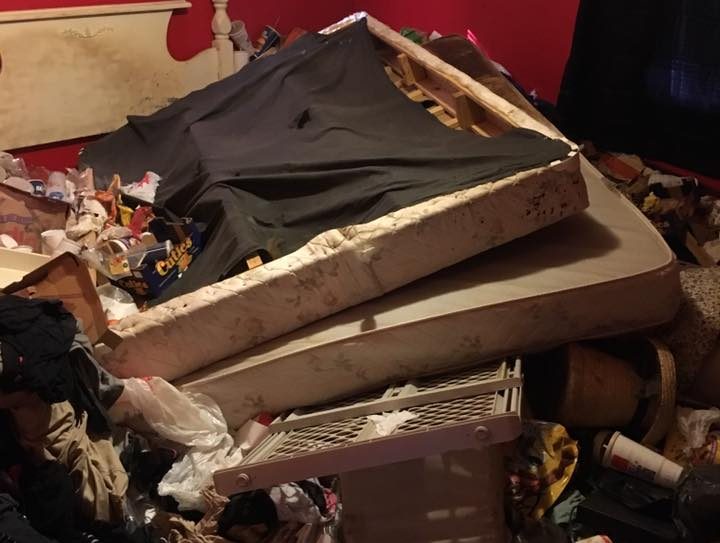 Shy of cleaning the floors and walls, a good junk removal company can turn a complete disaster into a success; in less than 24 hours. We offer a property cleanup service that is designed for real estate agents, building owners, and property managers like HOAs and apartment complex's. 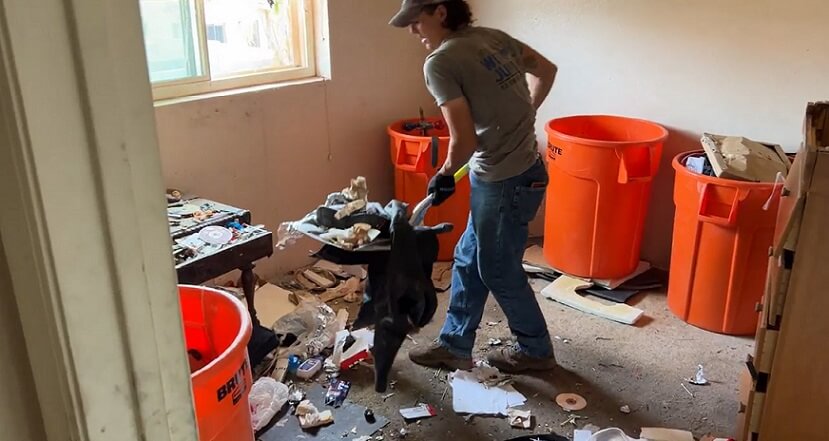 This is the story of a Phoenix property owner whose rental property got turned into a landfill.

The tenants’ paperwork was all in order when they moved in, but after a while, their payments stopped coming. Finally left with only one option, the owner had the tenants removed from the house. But they didn’t go without getting their revenge first. They left behind junk, trash, moldy food, animal feces, you name it. It was like a scary episode of hoarders; each room filled thigh-high with garbage. Looking around at the destruction the owner didn’t even know where to start, but thanks to the almighty Google, he searched for "eviction removal service" and he found us, AZ Junk Removal.

Brad, owner of AZ Junk Removal, made it out to the property the very same day. Together he and the owner walked through the house and grounds and Brad was able to provide an upfront quote on the spot. No hidden fees or surprise charges, just upfront pricing. Our awesome team started the job the very next day.

It was a 3 bedroom, 2 bath, house, each individual room filled with layers of trash. Broken furniture including, mattresses, couches, bookshelves, and tables were flung about, in various states of disarray, in nearly every room of the house. Each bedroom had a two-foot tall layer of clothes, mingled with these was staggering amounts of trash. Not just paper trash but food products too. Fast food containers, half-eaten hamburgers and who know what else, all of which contributed to another major problem...animal feces. It short is was a disaster.

It took our team only two days to empty out all of the rooms and trashout the yard from all the junk that was left behind. But once completed you could see the floors and walls again.

We know this is not every property owner’s experience, but it does happen. Even some of the best tenants leave behind old furniture, mattresses or other unwanted items instead of moving them to a new location.

The AZ Junk Removal team can handle any property cleanup disaster scenario. From renewing a completely trashed property to removing a few left behind items. We have proudly served 100s of realtors, property management companies and REO property owners for the last 17 years.

There is already plenty of work to do when transitioning a property from one tenant to another. Make the transitions, faster and easier by calling AZ Junk.  The AZ Junk team can help with any and all of that. Our fast affordable and reliable service will save the day and help you fill the vacancy that much faster.

I provide cleanup services for a realtor professional who works for Century 21 here in Phoenix. He calls me from time to time to handle clean up his property. However, before he began contracting my company he would handle the dirty work of trashing out his properties on his own.

I asked him, "What would you do when you obtained a listing that required more than just the removal of a few items?".

He said, he would contact friends or get family to help.

Well, that was until this cleanup came knocking at his door. From then on, he uses our REO trash-out services for all his foreclosure cleanup  or rental property move-out needs. The thing he likes most about hiring us is that we can clean up the property without needing him to show up to the property. Additionally, we recycle or donate much of the junk left behind.

Ask About Our Pro Discount

Getting Rid of Junk is Simple.

Click to get started. Select the size of your load and receive an upfront flat-rate price.

Schedule the Pick Up

Select the time and date that works best for you. We can even arrange for a pick up when you're not home.

We Haul Your Worries Away

We arrive, haul away your unwanted junk. We'll even text you a picture of the cleaned up area if you're away.