It's amazing in just a short time how new developments in Surprise, Arizona have grown over the last 5 years. What some have argued would never appear out of thin air is now getting a very real step towards being the next big thing. While most people have different opinions on what Prasada used to be is quickly booming with new construction and commerce vitality. Here's what to expect from the Village at Prasada.

How Did Prasada Become Such A Boomtown? 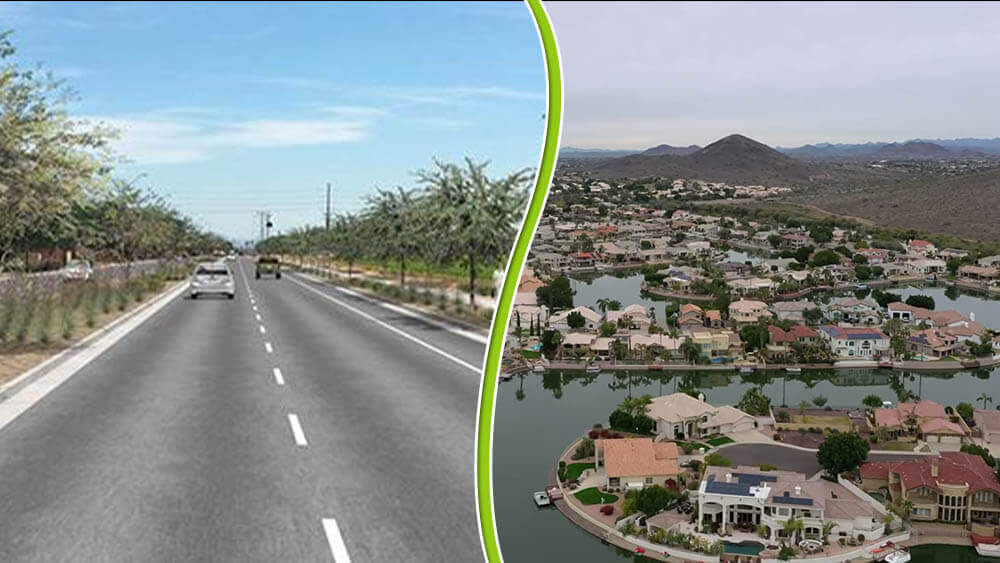 As far back as 2005, the news was looking bleak for a newly designated space within Surprise including 4,200 acres of land slotted to become Prasada. Two areas which are located between a large plot of land at Greenway Road and Peoria Avenue make up what is now known as Prasada East and Prasada West.

We have served the city of Surprise since 2002 with junk removal services. 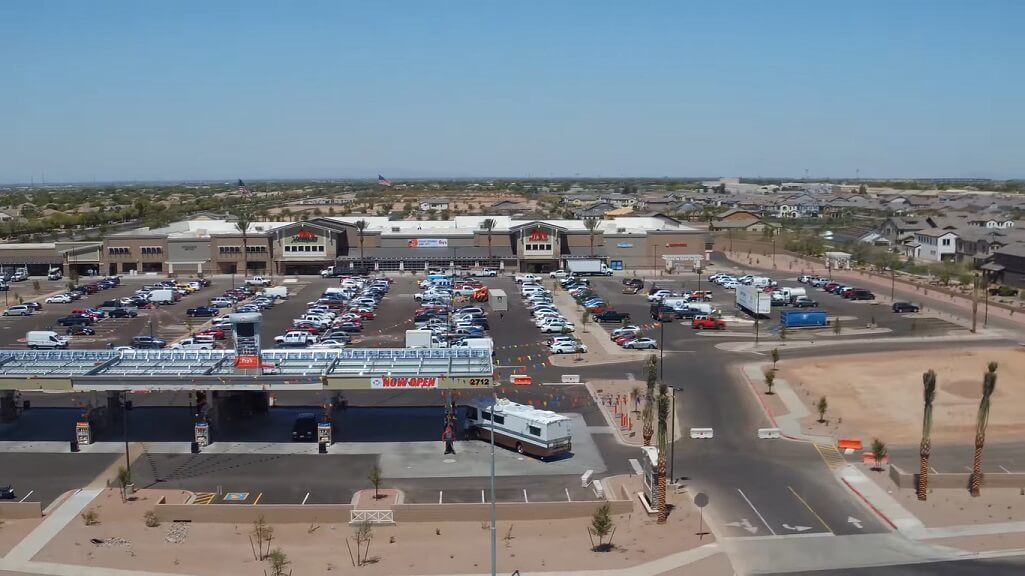 Up until 2016, the announcements of new construction were seemingly all but fading from public interest. At that point, there was only an Auto Mall, Fry's Marketplace, Walmart, and scattered small businesses off the side of Loop 303. As if that wasn't enough, more speculation took to social media with a public outcry that criticized an overwhelming lack of construction and new development.

Many residents surrounding Prasada had fearing that new housing around this area would turn this new area into a retirement-based community. Seemingly, the thought of 3000 new homes with a welcoming attitude for a live-work-play community would be forgotten. And, the potential to see the newest regional mall, office center, hospital, and movie complex was likely a mirage in the making. 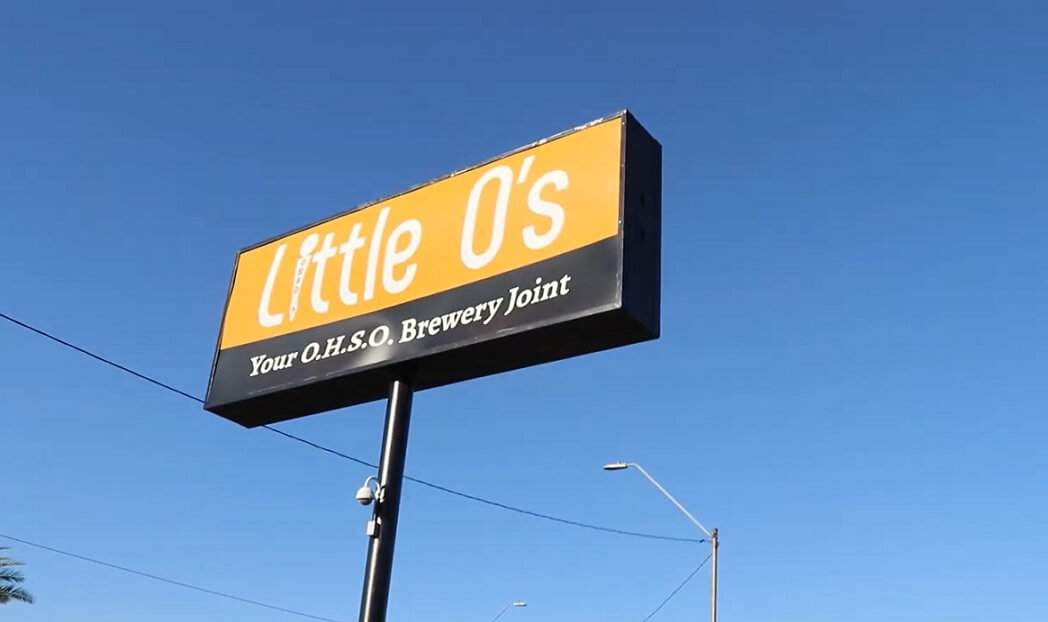 Amazingly, the addition of Costco has already taken root along with many other new and exciting developments. The latest addition is the deal that has been slated for construction on the west side. This includes Little O's, from the O.H.S.O. brewery. For those who enjoy Little O's in downtown Phoenix, residents of Surprise are starting to become very excited. The developers behind this brand new move also will be bringing a slew of retail chains. 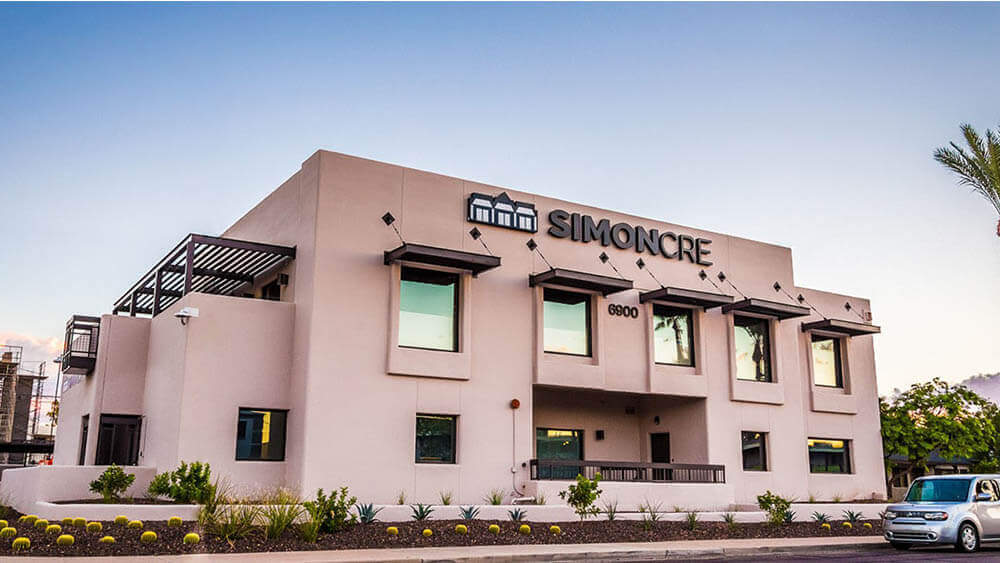 This will include Marshall's, TJ Maxx, PetSmart, Homegoods, Five Below, Barrio Queen, Total Wine, Ultra Salon, and Burros and Fries. The bold move behind this is developer SImonCRE has already announced that Little O's new 8000 square foot business will open as early as late 2022, but no later than early 2023. All of these new additions including Wallgreens will be located right off Waddell Road situated between Cotton Lane and the 303. 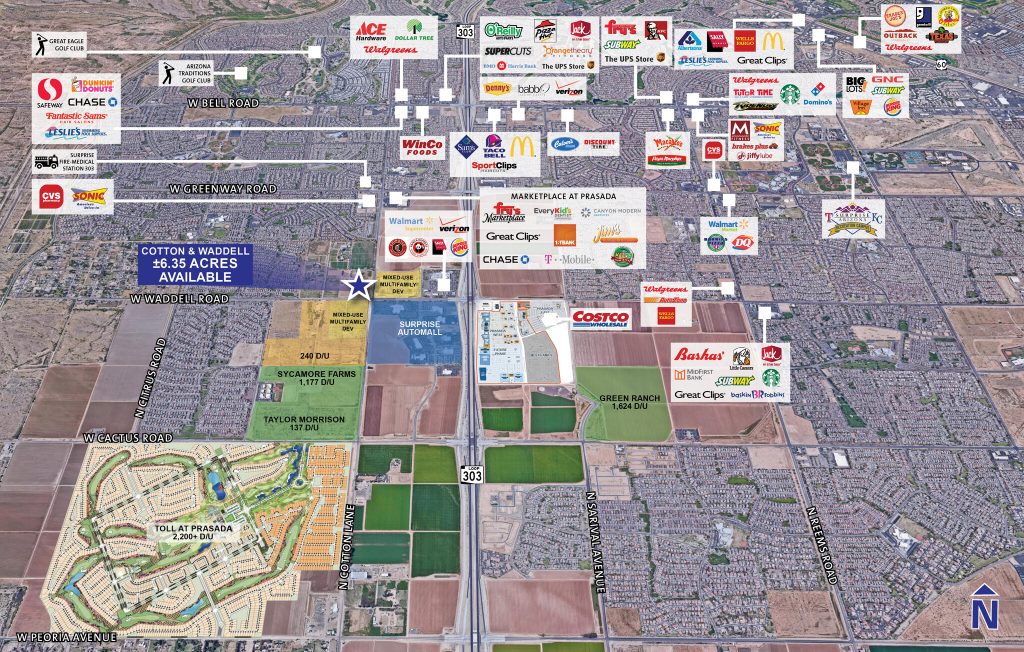 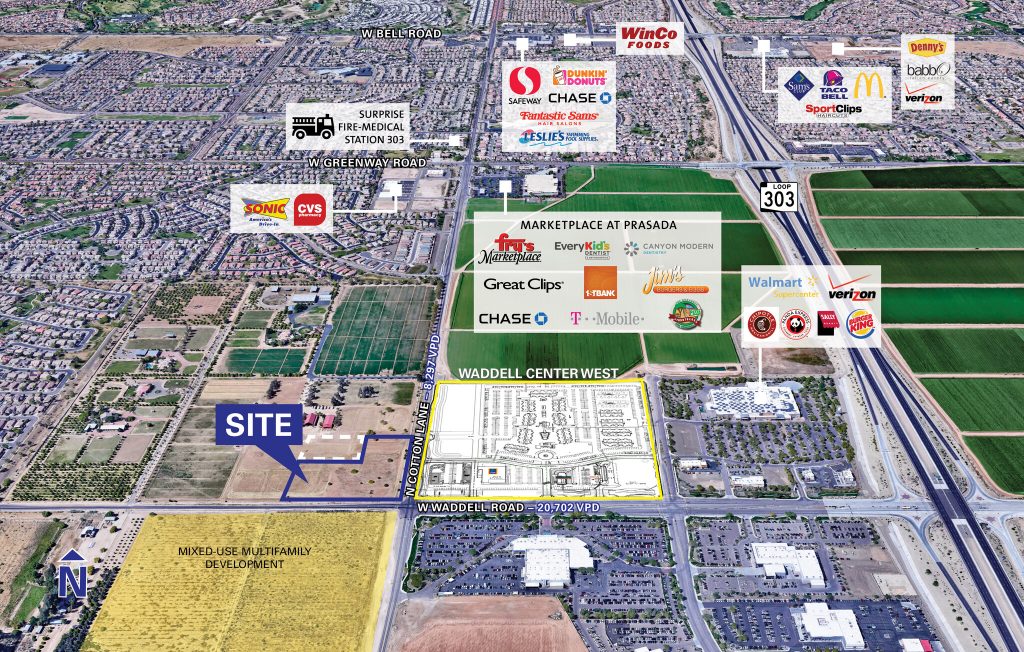 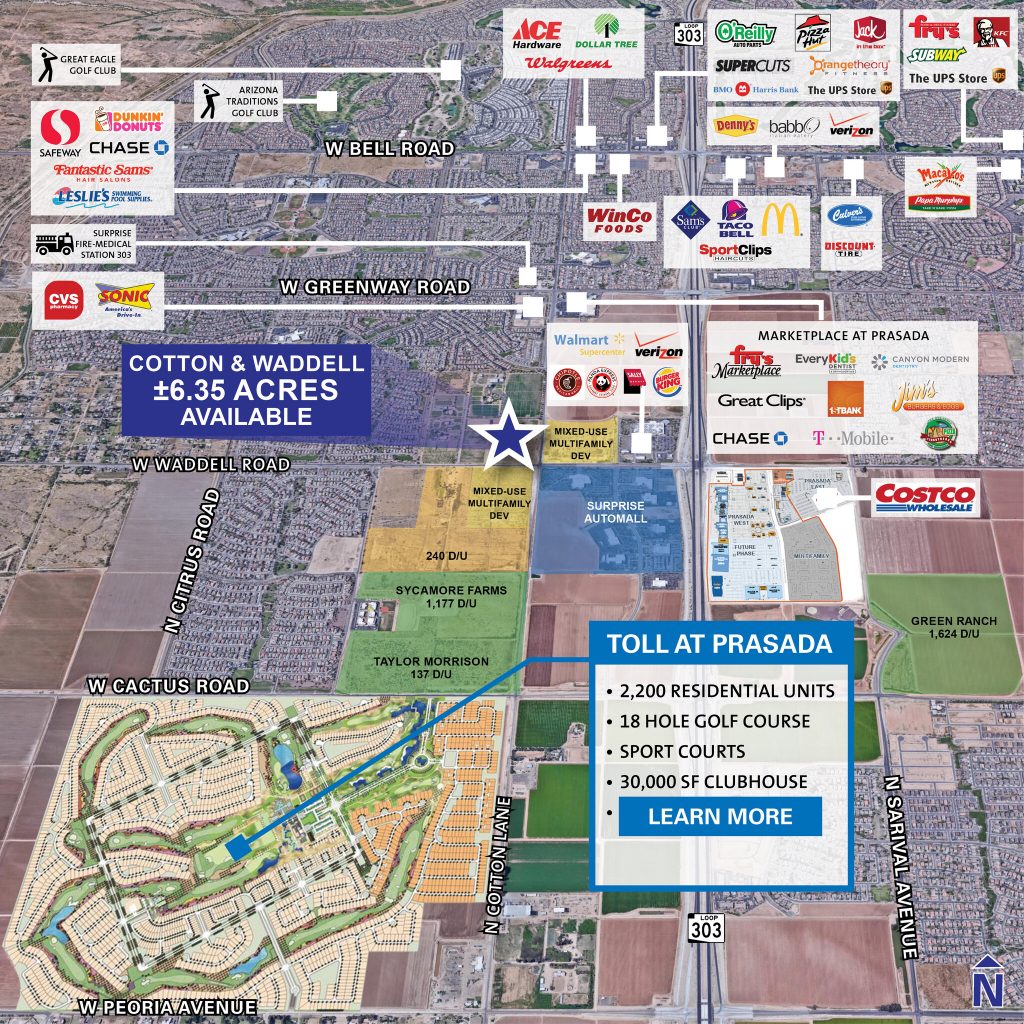 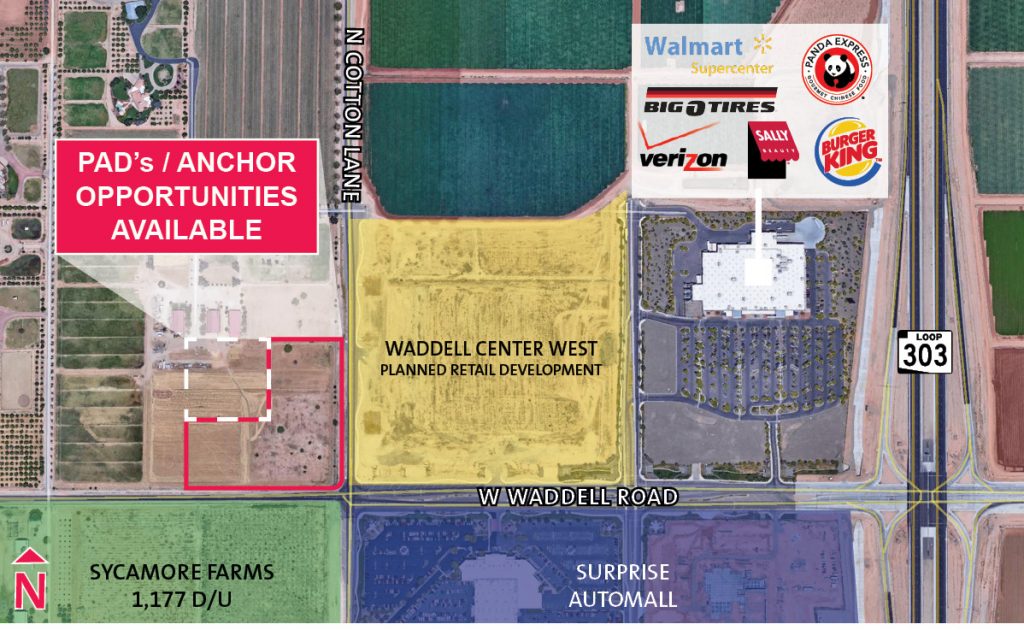 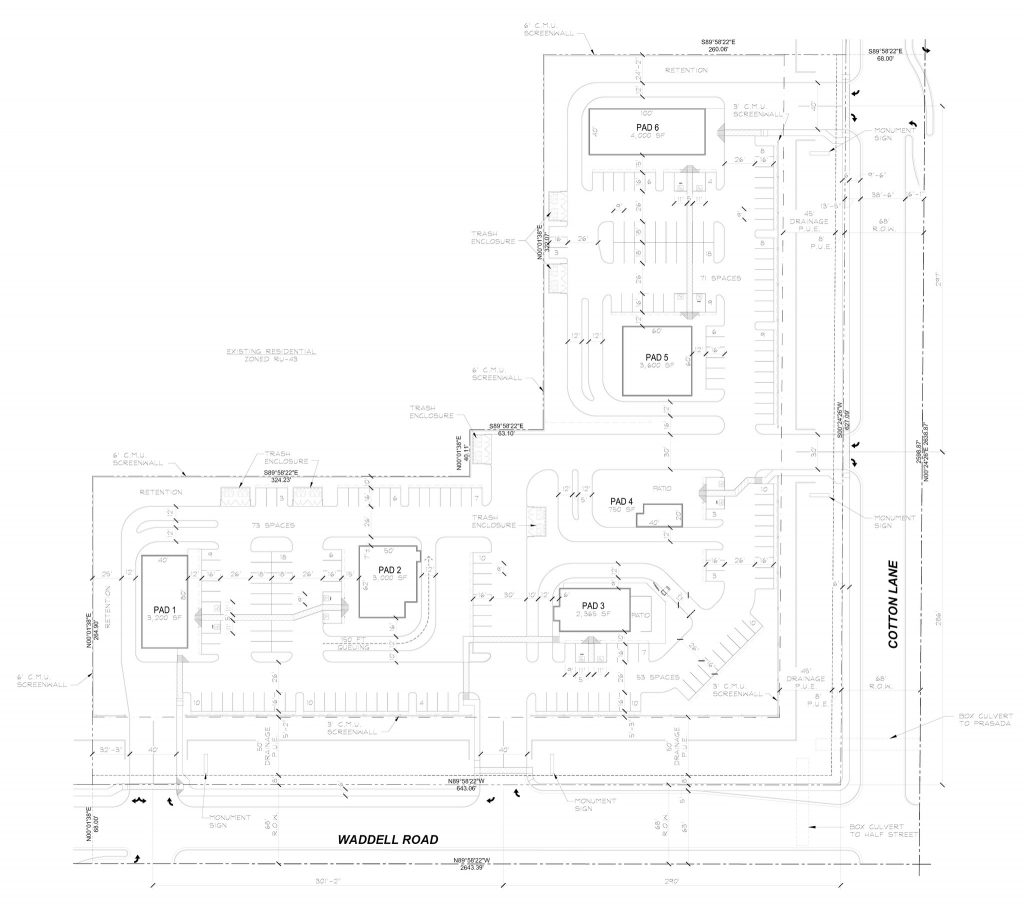 These new plans have already created new job growth with the creation of Walmart and Costco which not only stimulates jobs and refreshes commerce. It's only a matter of time before many other businesses follow suit while there's still ample room. On the east side behind Costco, recent plans for multifamily business outlets are already in development. While much of the recent construction has only leveled new ground, this news is refreshing.

There are already spaces that are slated for construction and the opportunity of large or small businesses will likely follow once ground construction gets underway. Despite the additional slowdown in businesses in Prasada when COVID-19 initially came around in early 2020, the recent emergence of construction is finally starting to return.

How Beneficial is this Development to the West Valley? 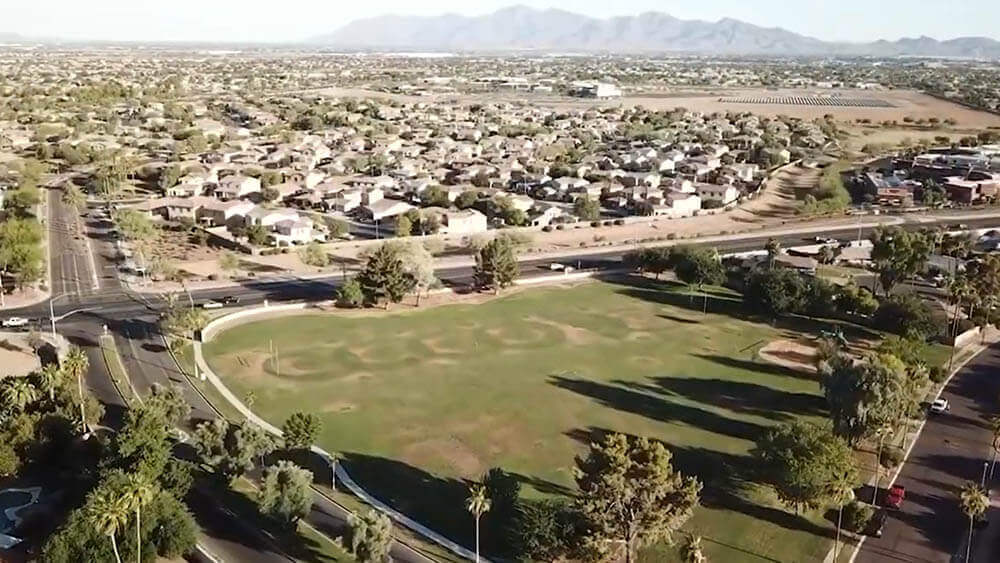 With a little more than 1.6 million people that currently live in the west valley, it's starting to see a projection that could see this number grow to at least twice that number in the next 5 years. The Prasada Village concept is already starting to deliver a growing need for families and live-in services and entertainment. Aside from the fears that families would shy away from the west valley, Surprise has begun to change their minds over the recent Prasada news.

The addition of new homes that are currently committed to construct 3000 new single-family housing units all throughout Surprise, AZ. Specifically within Peoria and Buckeye, but not limited to Sterling Grove which has also announced as many as 2,200 luxury gated homes with an upscale attraction. The flurry of benefits that will begin from construction will attract many who are looking to expand in their business opportunities.

As all new construction is often an ongoing prospect, the backing businesses and support this can provide for local workers, will give a much-needed boost to the economy in the next coming years. With much of the expected job growth on the horizon, the city of Surprise was recently awarded "Global City of the Year" in 2020! It's expected to see further growth in Prasada as a direct result.

And with the recent announcement that is currently underway within the east and west of Prasada, the massive outdoor mall project is among the top stories that are beginning to have serious growth within the west valley and throughout the city of Surprise. 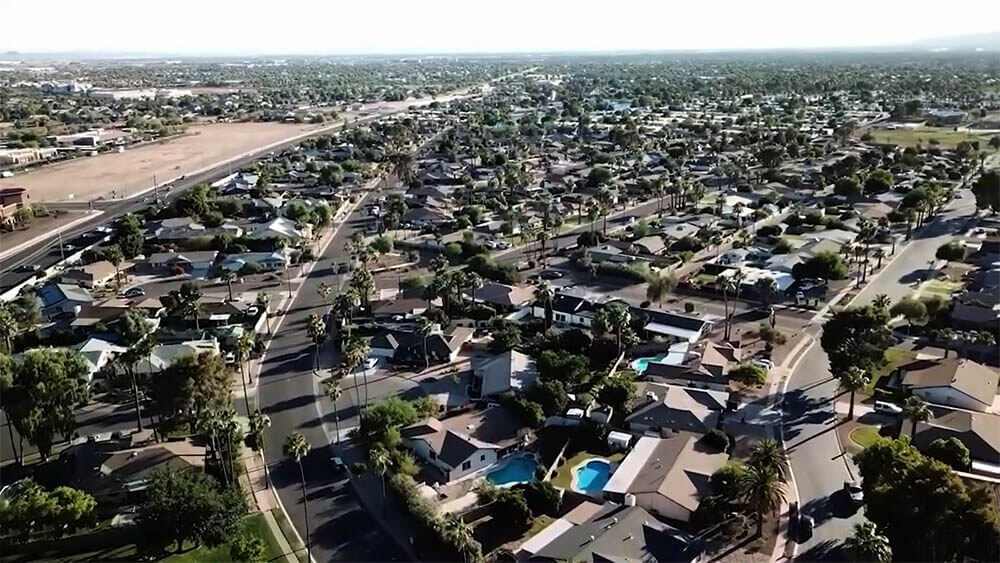 With the buzz that social media has revealed about the recent surge of construction projects, homes, and endless community growth, the Prasada Village Project is holding up very well. It's a move that's been planned to revitalize the area and throughout Surprise and the west valley as a whole. With 2022 right on the tip of everyone's tongue, it will be exciting to bring more news about this flurry of activity.

What had once been considered a dark smudge on the tabletop of planning commissions since 2005 is now seeing the result of a long-awaited project in the making! It's no wonder that doubt was cast down several years ago, due to the lengthy hold-ups of political and public interest. The real opportunity for new residents and businesses has now been escalated to fact rather than a fanciful proposed idea.

With much of the 1st phase of construction already underway, the second phase of this project will commence sometime in 2022. The project itself is currently funded with 500 million for the development of the Prasada Village project alone. Not to mention the millions of dollars that are currently slated for housing constructions throughout Surprise. We'll be following this story closely to give you more reports on what the latest updates and announcements have revealed so far.