Some curious features you can find around your home always relate to leisure activities. After all, who doesn't like to go boating or sailing from time to time? Then again, some activities are (just as classic), including hot tub relaxation and home spas. But no matter what material these are made from, sooner or later they have to be retired and demolished for one reason or another. 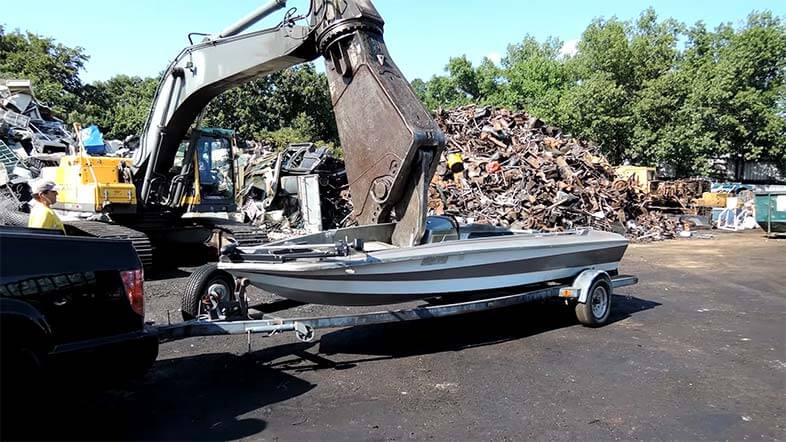 Hire Us for a Boat Demo & Removal.

Boats aren't so uncommon to see around Phoenix since there are so many recreational lakes to choose from. It's more common that you see more boat and rental places with prices that are asking way too much as well. This is why so many AZ residents had chosen to buy a recreational boat and a boat trailer instead of renting a boat all the time. But this ownership does come with a whole set of responsibilities for boat upkeep.

With that being said, it's not hard to imagine that boats aren't built like they used to be with wooden hulls like you see with big pirate ships. They use thin fiberglass that is lightweight and strong enough to support float a certain number of people aboard. Most people don't know this but fiberglass warps and cracks when it gets old and can damage easily if bumped by another boat at more than 20 knots.

Needless to say, fiberglass boats can become unworthy of being in water in less than two years if the boat itself isn't taken care of. It's a terrible thought, but that leaves a short list of solutions on what to do with a damaged or old boat. One of the most common decisions is to scrap the boat or sell off parts to interested buyers. What you end up with in the end is a hull that simply takes up space and will later need to be hauled away as trailer removal junk.

How Do You Get Rid Of An Old Fiberglass Boat? 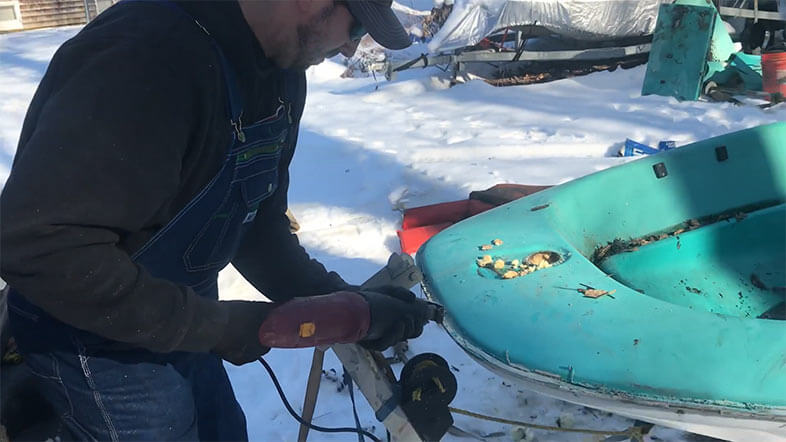 Fiberglass boats are not the easiest object to get rid of unless you have access to a cutting machine called a Sawzall. This is a reciprocating saw that's similar to a handheld jigsaw cutter but is meant to cut larger items like using a hand saw. It can also cut apart items and objects that aren't so convenient to demolish because of their shape. This would be the optimal tool for a fiberglass boat owner to break down in an afternoon or two.

The leftover pieces can be further cut apart and placed into garbage containers that are dropped off by a junk removal service. If you aren't so confident to cut apart a fiberglass boar by yourself, then AZ Junk is obviously the perfect choice for light demolition services in Phoenix that can deconstruct fiberglass boats in minutes using stronger machinery that's meant for speed and efficiency.

How To Remove Old Boats And Boat Trailers? 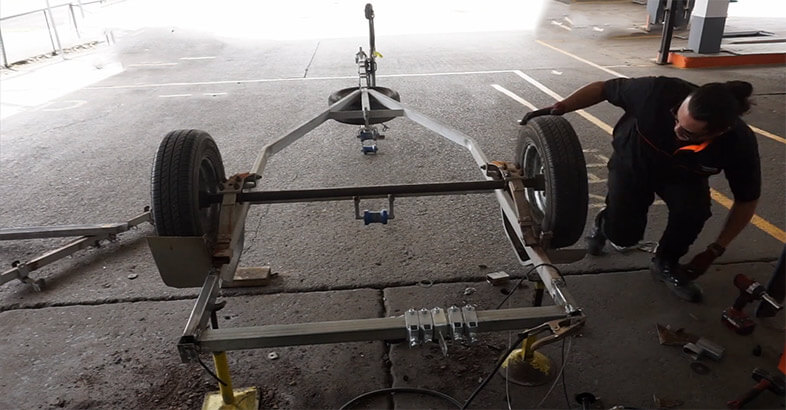 Removing an old boat is one thing but what about the trailers that have been sitting in a backyard or open field for several years. For sure, the elements exposed in the AZ heat might have kept rust from setting in, unless the rainy season happens to uncover hard-weathered enamel that can easily start to crack from all of the expansion and contraction throughout the day and night for weeks and months on end.

Not to forget the rubber wheels and any electrical cables for brake lights that become further damaged from rodents and natural decomposition. These materials that go into tires and electrical wires are always the first items to become damaged so easily. Unless a boat trailer cannot be modified into a trailer for something else, the best bet if it's not roadworthy is to have it chopped apart and junked as part of a trailer removal. 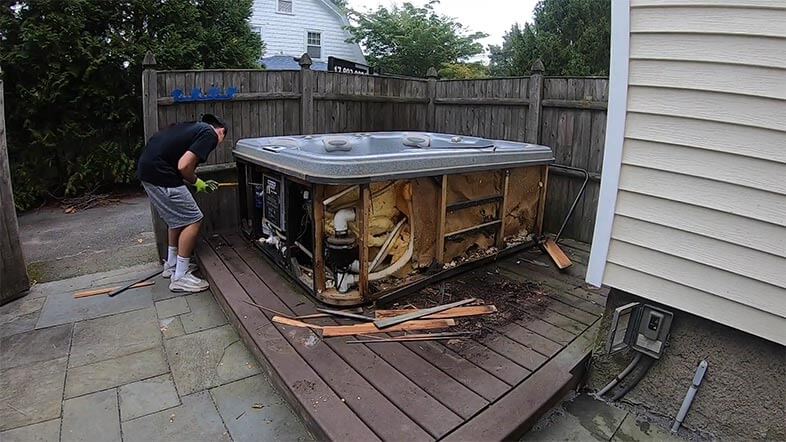 Hire Us for a Hot Tub or Spa Demolition.

If you've read one of the previous blog posts on how to dispose of a hot tub, there are many options on what to do with a fiberglass hot tub. You can sell it, transport it to a new location, cut it up into pieces and throw it away, or the best answer is to have it hauled away as junk. Since a hot tub is likely made from fiberglass, foam insulation, plastic pipe connections, and a water pump system, any of these elements can fail to become a problem over the years.

Some people still have a hot tub that simply has a bad pump, while other tub owners may have leaking issues from faulty connections. A hot tub makes a great addition to any backyard, but as you know the AZ sun is hot enough to do more damage if it isn't protected by some kind of sun cover or patio shading. Sadly, once there is damage to your hot tub, the choice of whether to have it repaired or scrapped is obviously by choice.

What Can You Do With An Old Spa? 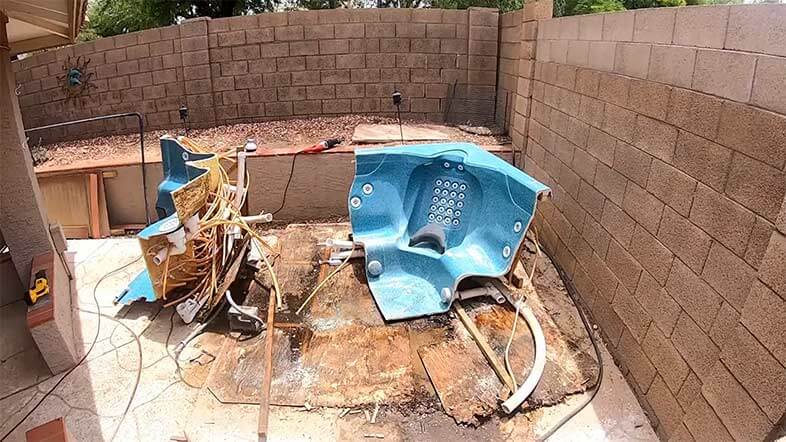 One thing that isn't mentioned so often is how to get rid of an old spa that is taking up space in your backyard or in your home. Home spas are also sometimes called steam cabins and are great for staying healthy. Even the early American settlers who wandered west learned that the American Indians used steam cabins that were famously known as sweat lodges. An old spa can be broken down piece by piece to reuse the wood for recycling.

If the construction is a bit more complicated, it might need to be demolished if it's outside and taken away as scrap wood. Old spas might need to be scrapped because of excessive moisture rot or termite damage, even if it's made from red cedar.

Hire AZ Junk For Demolition and Trash Pick Up.