As part of the Keeping Phoenix Beautiful campaign we offer a simple solution for recycling scrap metal in Phoenix. 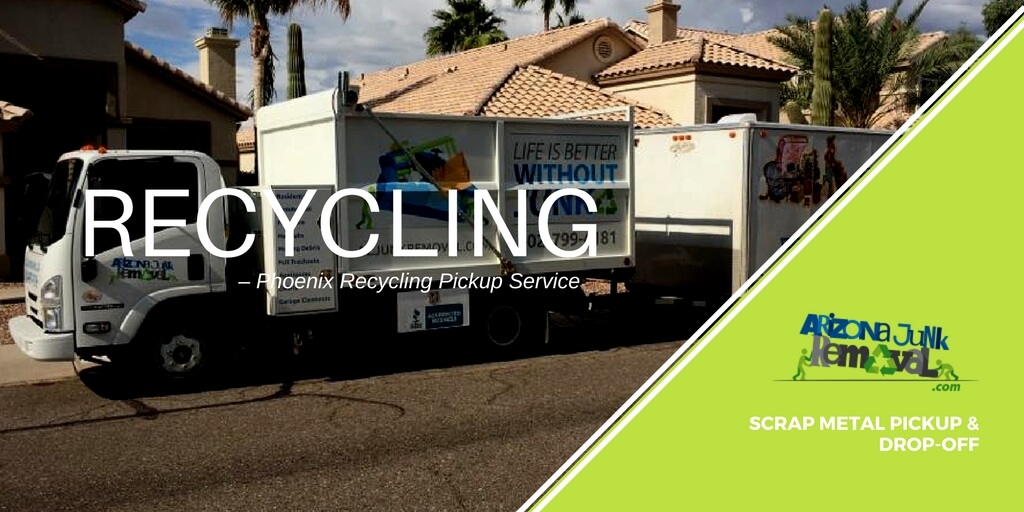 We’re not making our own soaps or anything, but we do believe in recycling.  And you should too.

Keeping Arizona Beautiful is about going the extra mile when it comes to keeping our city clean.

We’re not just talking about filling up your blue bin, that thing you load up with junk mail and water bottles. We’re talking about your real junk, that clutter that you have been wanting to get rid of for years. The lamp your grandma gave you when you went to college, the bookcase you pick up at Goodwill or the broken lawn mower you have been saving for parts. 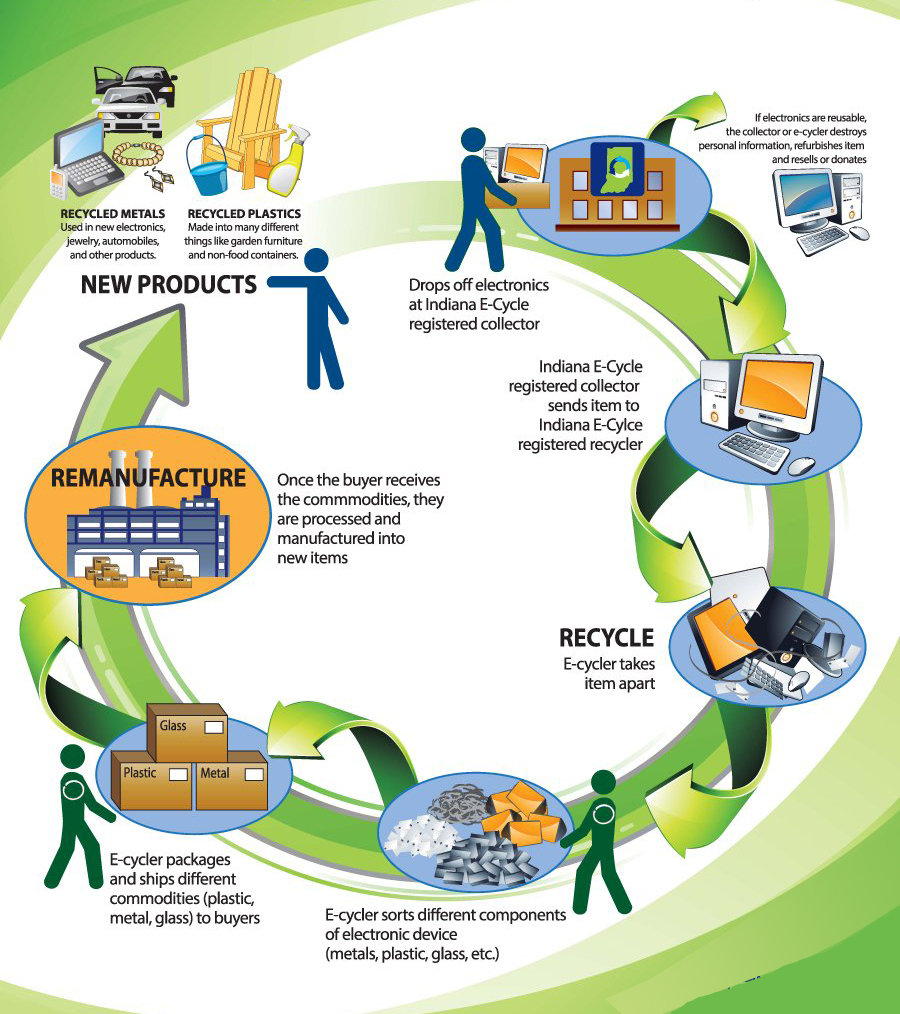 What Happens When You Recycle

Metal is one of the few products that can be recycled over and over again without losing any of its quality. The skillet you used this morning could have once been part of a patio chair and may one day be a piece on a new Ford Mustang.

Most of the stuff you're ready to trash has some metal components. And recycling metal can make a big difference to our environment. We believe so strongly in recycling we've reviewed all of our local facilities to provide a quick reference directory.

Metal is too valuable to just throw away, so consider what you plan to do with those old appliances, lawn mowers, even bullet casing. All of which can be sold for a pretty penny to a local scrap metal recycler.

Your old junk can be a new car or plane, maybe new pipes for a house or even new appliances. Maybe even a new soda can. Think about that the next time you pop a top, that can might be your old bicycle.

It not just good for the environment, its good for the economy: it keeps the price of metal products down. Producing metal from virgin ore takes more energy, and money than recycled metal. Plus it produces massive greenhouse gasses. So not recycling metal will make your virgin gassy.

Recycle and scrap metal centers will pay you top dollar for anything you bring in, from a bag full of soda cans to your old water heater, you can expect to get some dough for your old junk.

Types of metal we pickup for recycling

There is more to metal than just beer cans and copper wire, and you probably have more of it stashed away than you think. Here’s a quick guide to the most commonly recycled metals. 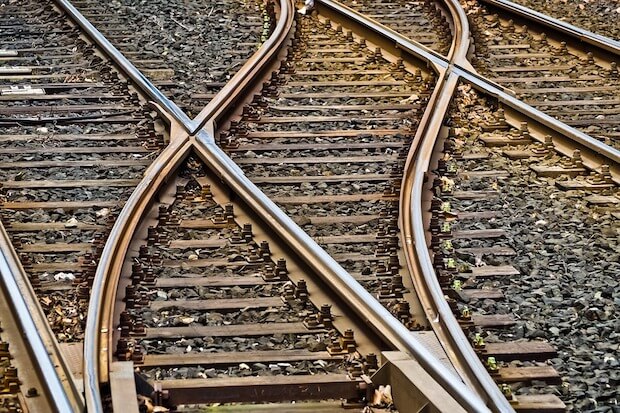 Steel, the King of Metals, is the most commonly used metal in the world and number one on the Top 3 most used metals.

It can, literally, be melted down and reused, infinitely, without losing its strength or durability. Steel can be found in large appliances, cars, lawn tools, tables, chairs, shelves, basically anywhere. You probably also have a lot of stainless steel laying around, sinks, silverware, and appliances are just a few places to find stainless steel. The main difference between steel and stainless steel is magnetism. Steel attracts the ladies and stainless steel doesn’t. 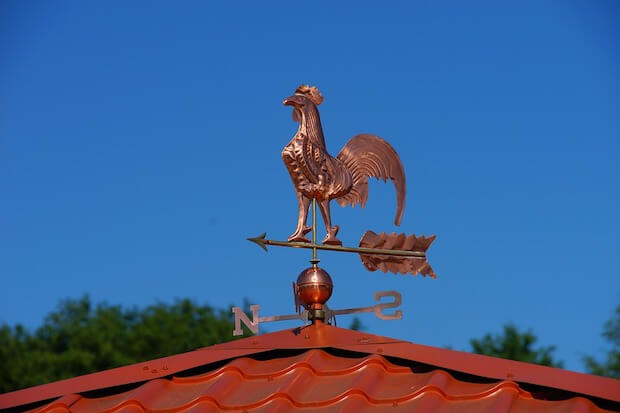 Copper is number two the Top 3 list of most used metals.

It has become pretty valuable, valuable enough that copper thieves are on the rise. Copper is found most frequently in electrical components, such as pipes and wires. You can also find it, in smaller amounts, in large appliances like stoves and washing machines but also in smaller appliances like blenders and coffee makers. Other electronics like your old television set or computer will have copper wiring too. 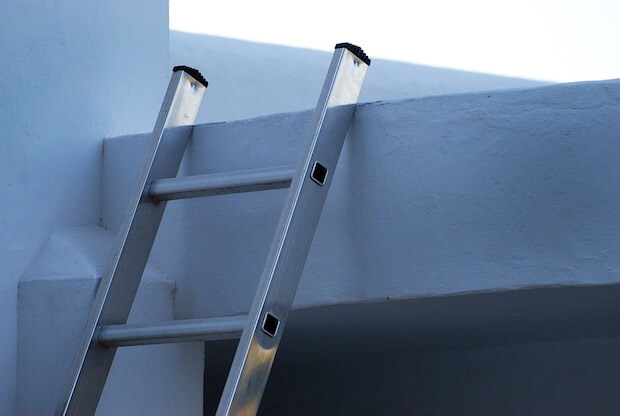 Aluminum rounds out the Top 3 list and also sits on top of the most commonly recycled metal list too.

Partially because recycling beer cans is easy, but also because aluminum is used in a million different things. Using recycled aluminum saves 80% of the energy it used to make it in the first place, plus it's easy to turn it around, your aluminum scraps could be new window frames in just 2 months. You’ll find it most commonly in car parts, window and door frames, gutters, and shelves. 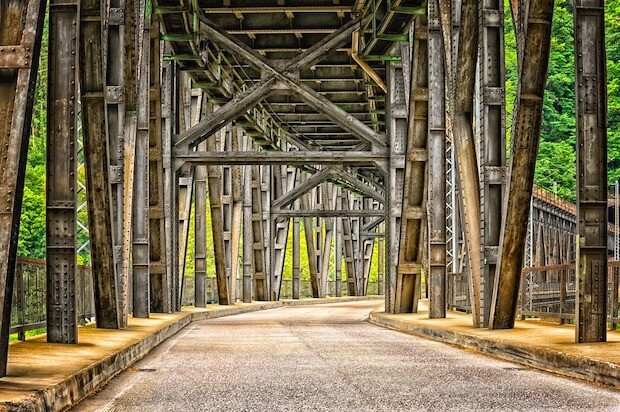 Iron used to be a giant among men in the metal industry, but it’s a pretty corrosive metal, so newer more resistant metals, like steel, have taken its place.

Although it’s not as popular as it used to be,  you might find some in your trash pile. Iron is commonly used to make outdoor furniture and fencing. Also, a lot of people still have a least one cast-iron skillet laying around. 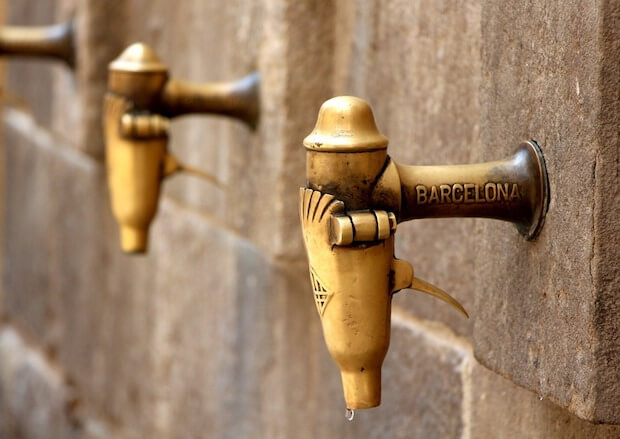 Brass is a lot like Fool’s Gold, at first glance you might think it is gold, but really, that weird coppery yellow-y color is just brass.

It is a combination of copper and zinc, it’s used a lot in plumbing parts, but you’ll find it all over your house. Brass is used to make handles for cabinets and drawers, keys and door handles. You might even find some in broken electronics or old bed frames. 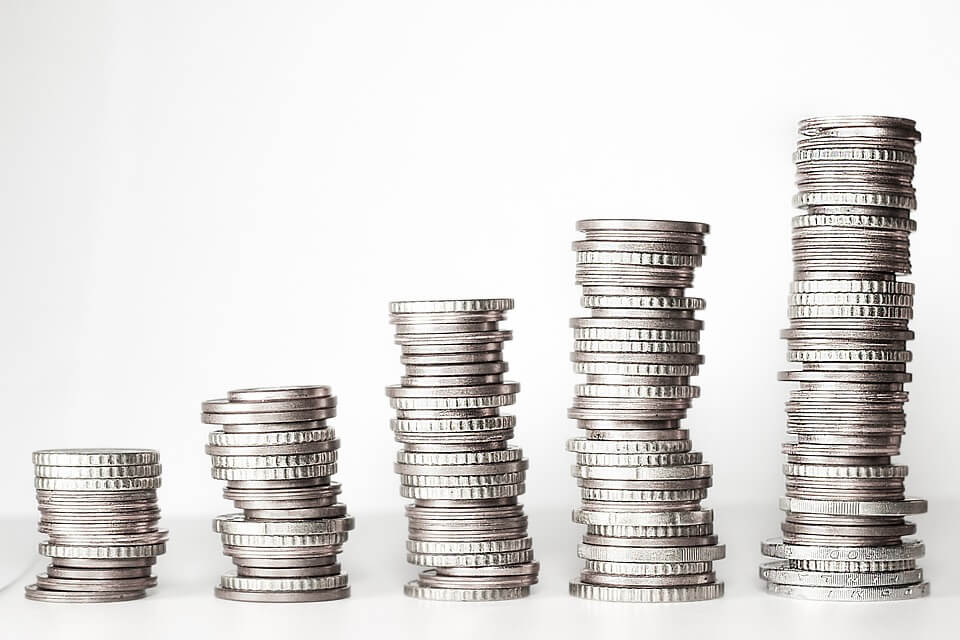 Silver makes nice jewelry but you can find it in everyday household items too, like silverware, duh. Also very old coins, mirrors, and small electronics. 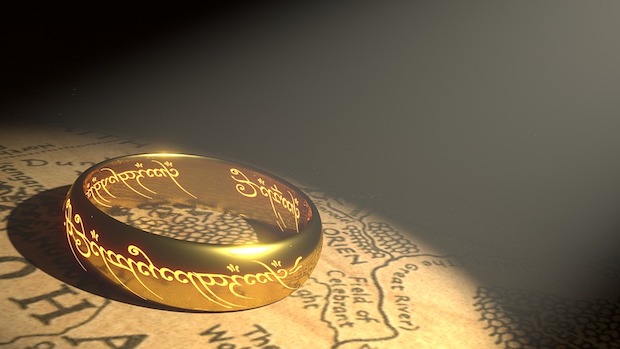 Anyone who throws out gold is clearly a fool.

But, in truth, we have all done it, that’s because gold isn’t just used in jewelry, it’s used in a ton of lame stuff too. Boring things like smoke detectors and VCRs have gold parts. So do some car parts, cell phones, calculators, and computers. Even Grandma’s old dress probably had gold thread embroidered on the flowers, and you just gave it away. Shame on you. 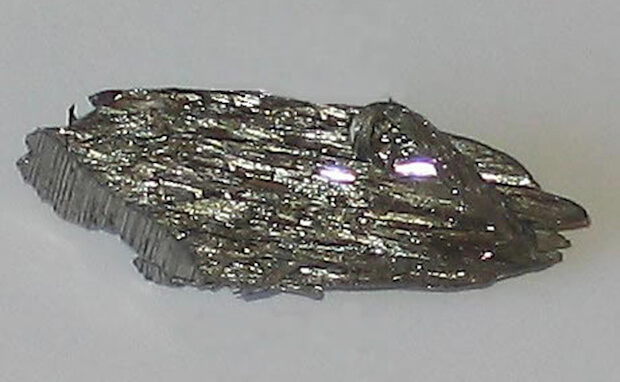 Nickel used to be popular for jewelry and other accessories.

You can still find it in belt buckles, and bra hooks, but you’ll most likely see it in cell phones, and musical strings like guitar and cello strings. It is also in batteries, microphones, and showerheads. Also, nickel is corrosive resistant, so it is used to cover or plate other metals that are more likely to corrode.

Titanium can be used to make anything from jewelry to machines, its versatility makes it popular.

You have titanium laying around in things like drill bits, bicycles, golf clubs, and laptops. 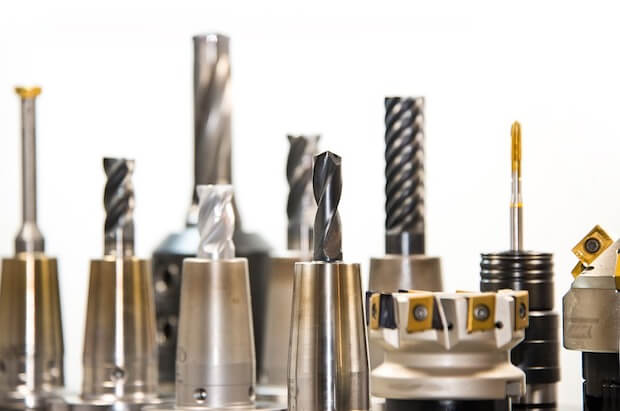 Carbide is a tough, heavy, metal, you’ll find it in places other metals fear to tread.

It's used in brake discs, drill bits, and cutting tools. Basically anywhere that other metals, like steel, would warp or break. 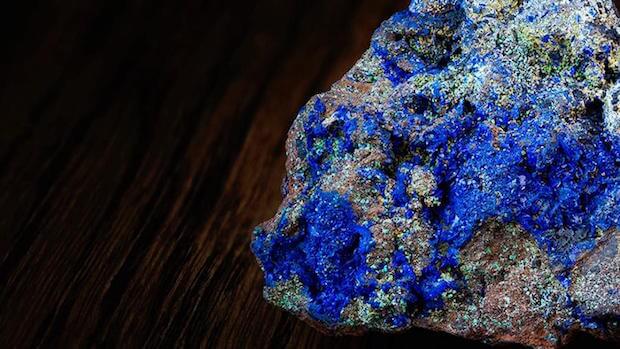 Cobalt alloys are used for jet engines, got any of those laying around?

Well, you can also find it in car batteries, rechargeable batteries, compasses, and microphones. 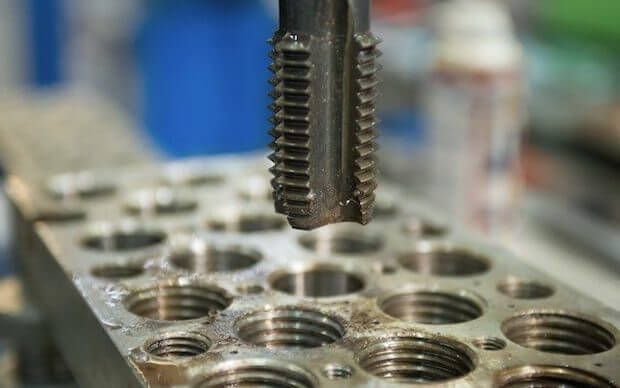 Tungsten is a dull silver-colored metal, which is fracture-resistant and twice as tough as steel. It’s most commonly used in electronics, and heating elements. It’s also used as filament for light bulbs and television tubes. You can even find it in old razor blades and ballpoint pens.

Where do I find these metals? 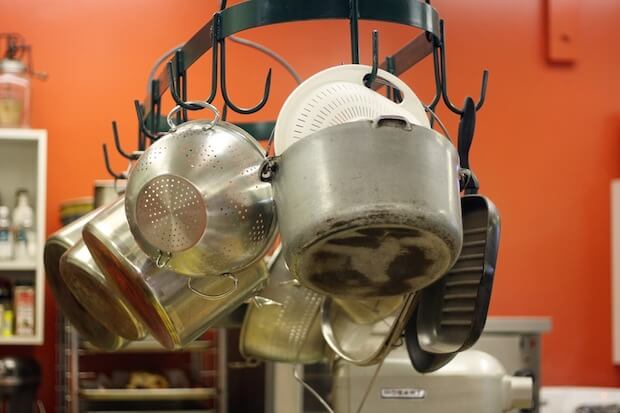 While decluttering, you’re sure to run into piles of recyclable metals.

The kitchen alone has a half dozen different types of metal. Iron pans, copper pots, empty beer cans, aluminum foil, and silverware are just a few. Not to mention that your old appliances have a plethora of metal to salvage.

There is metal hidden nearly everywhere in the house, especially in hardware, such as cabinet handles, door frames, window frames, television sets, electronics, washer and dryers, lamps, and picture frames.

Most patio furniture is made out of metal or at least has metal parts, all of which are salvageable. Most landscaping tools, including lawnmowers and shears, have metal that can be recycled.

Household decor like furniture, lamps, shelves, even old Christmas ornaments, and other decorations can contain metal. After cleaning out the house hit the garage. Tools, nails and screws, bicycles, instruments, car parts such as batteries and rims and a dozen other things can be sent to the salvage yard.

Copper wire is in almost anything that is powered. Televisions, computer monitors, computers, laptops, DVD players, cameras, cell phones, appliances both big and small, from washing machines to toasters, basically anything that plugs in uses copper wire. For a while, in the '70s and again in the mid-'90s aluminum wire replaced the traditional copper wire, so if you strip an old appliance don't be too surprised if you get silver instead of red.

In line with our eco-friendly attitude, we have become experts at removing and hauling metal. We have relationships and connections with facilities across the valley where we can drop off metals for recycling after we extract it from the rest of the junk.

Don't worry we’ll recycle the other crap too if we can.

Recycling in Phoenix is in Need of Your Help

Get Rid of Mattress for Free in AZ

Everything you need to know about recycling a refrigerator

Previous Post Modernizing your Kitchen through Organization Next Post Curbside Junk Pickup in Phoenix, AZ to Serve You Better